All schools in Estonia started with distance learning from the 13th of March and went on till June. Our basic school and high school graduation ceremonies were held a bit before Midsummer Day with restrictions such as only a couple of family members were allowed to take part, the ceremony was held outdoors and the 2 plus 2 rule was followed.

New school year started on the 1st of September with 5 different assemblings, so that too many students wouldn’t  be too close to each other. Almost like a normal school year lasted till the end of November when school had its first Covid-19 cases (grade 8 to 12 had to go back to distance learning for 10 days). And then, starting from the 14th of December Estonian Goverment appointed that all schools should continue work from the distance till at least the Christmas holidays. As far as we know right now, schools in South Estonia should start with normal programme on the 11th of January 2021. 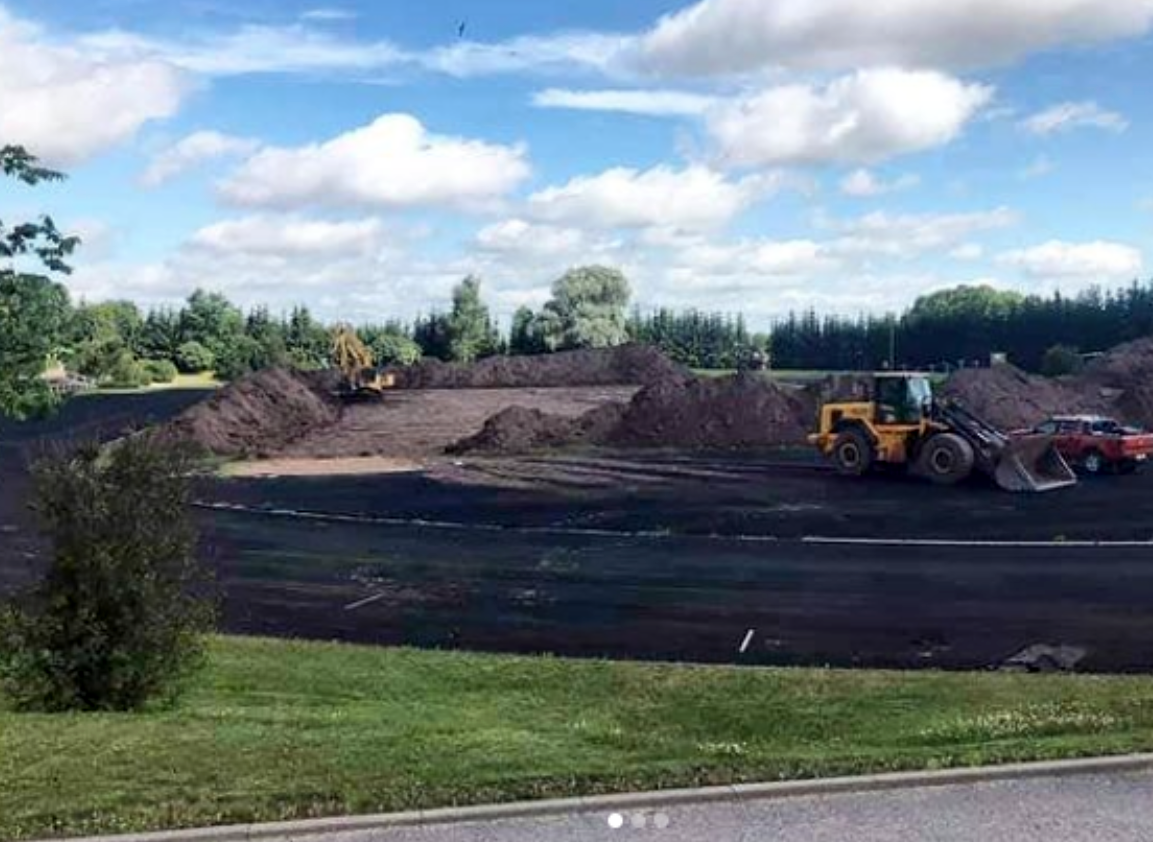 Luckily Ülenurme Gymnasium didn’t have to cancel any projects on Olympic Education. School olympics was postponed till the next autumn, which is good because then school stadium’s renovation work should be finished as well. Other projects which were supposed to take place did take place but maybe not as scheduled or in a different format:

In January Ülenurme Gymnasium delegation had its first meeting in Bratislava with Erasmus+ project together with friends from Slovakia and Poland. The project is called “Coubertin Academy: Social Inclusion through Sport Values”. Meetings in Piešt´any and Poland were postponed, online meetings were held instead. The project itself will last till autumn 2021. 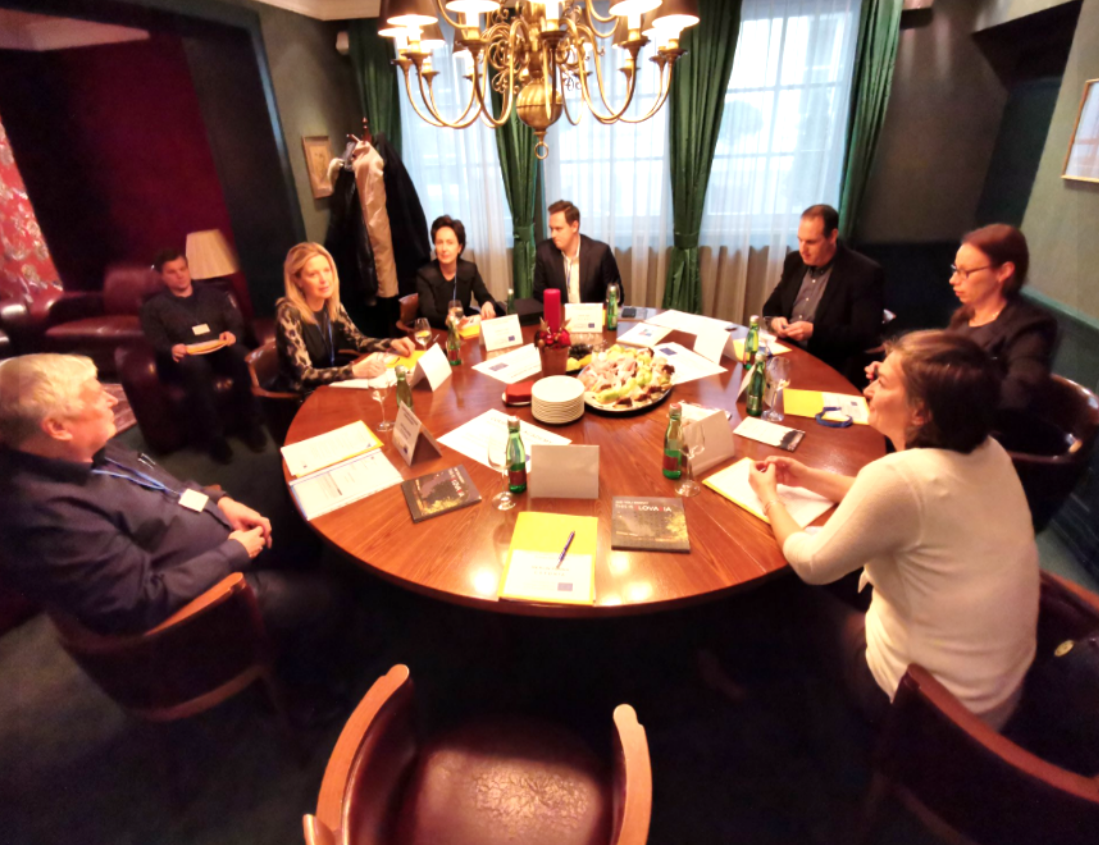 The teachers at Ülenurme Gymnasium participated in a survey of school staff conducted in January 2020 by the Mobility Lab of University of Tartu, which revealed the staff’s daily physical activity. Before that and ongoing are the different tasks from school’s PE teachers which make collegues compete with each other with different phsysical activities (https://youtu.be/RaINKTFL6yY ). In addition to that, in June school’s staff had a canoe trip which more than 30 teachers took part of. 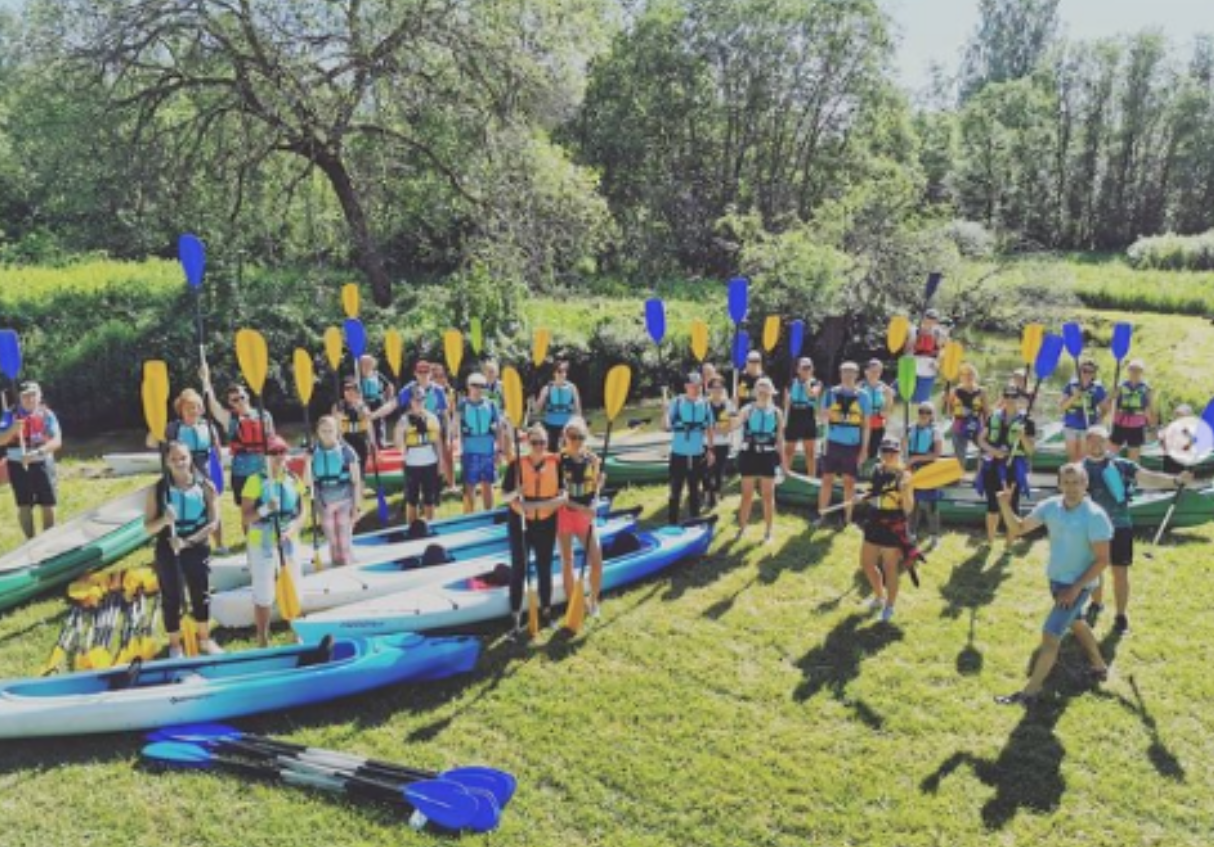 Olympics Educational month took place during spring distance learning period for everybody in our school with different competitions where students used their art, literature and crafts skills.

Ülenurme Gymnasium students continued to be remarkable and carried on with volunteer work. This autumn they were mainly involved in the organization of Club Tartu Marathon events as volunteers by helping out in snack/drink stations and luggage storage. For years they have also participated in the campaign “Let’s do it” by giving an effort to clean up the country from litter. 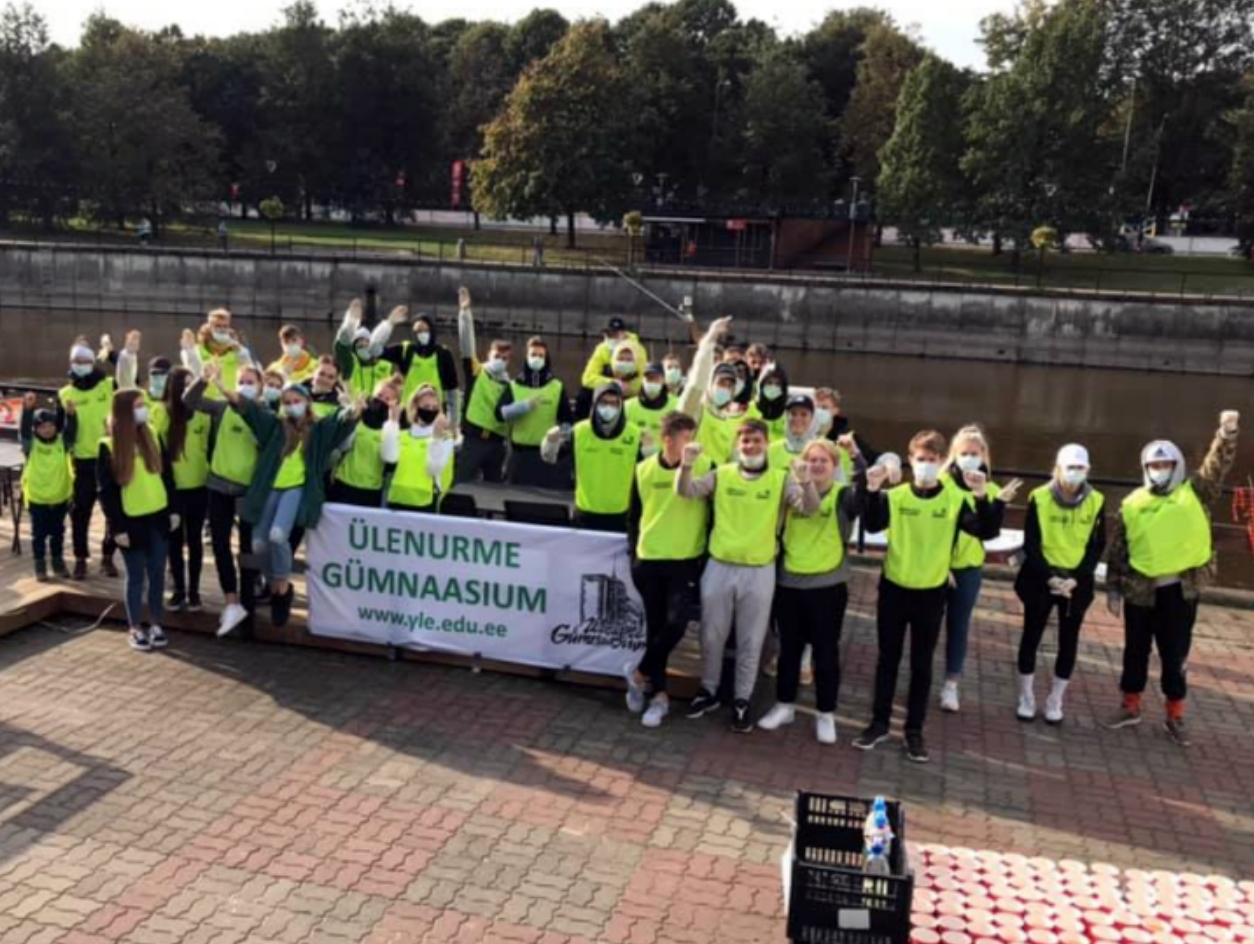 Second year in a row, monthly trivia games for grades 6 to 12 have provided students with excitement and tested their knowledge on different topics including olympic education. 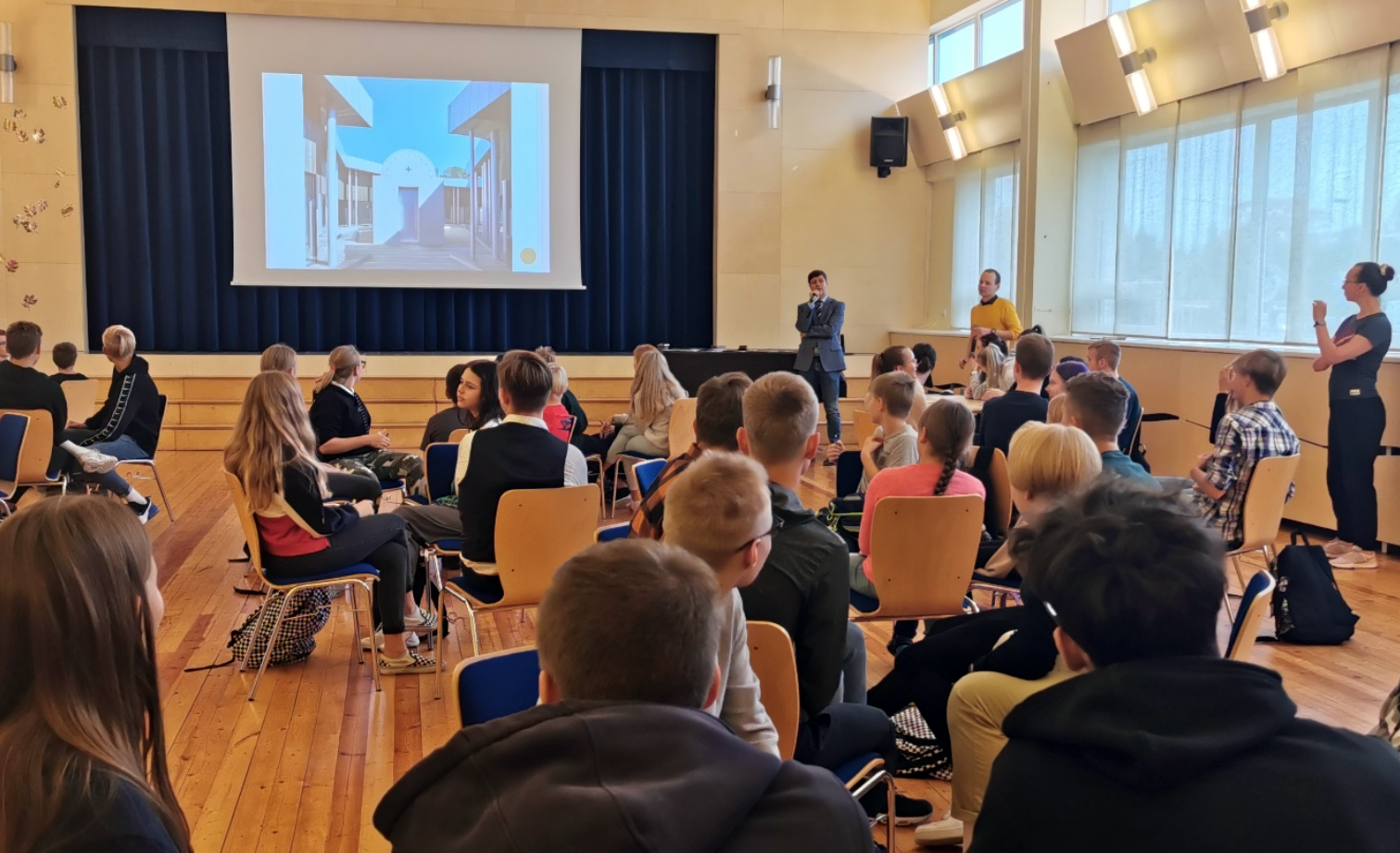 During spring distance learning period our school leisure time manager (who also works as bodyART trainer) prepared physical training videos for teachers which were very appreciated after sitting long hours behind the computer.

In September school had Sports’ Days for grades 2 to 12 which took place three days in a row during the Sports Week in scattered groups.

By the end of the year children’s choir of Ülenurme Gymnasium had learned “CIPC YOUTH FORUM – Song”, which was written and composed by the network’s member Dennis Dawson (IND) and his workshop-group in Mâcon, 2019. The song was recorded and sent as a holiday greeting to all the members in International Pierre de Coubertin’s Schools Network.

View project
Manage Cookie Consent
To provide the best experiences, we use technologies like cookies to store and/or access device information. Consenting to these technologies will allow us to process data such as browsing behavior or unique IDs on this site. Not consenting or withdrawing consent, may adversely affect certain features and functions.
Manage options Manage services Manage vendors Read more about these purposes
View preferences
{title} {title} {title}