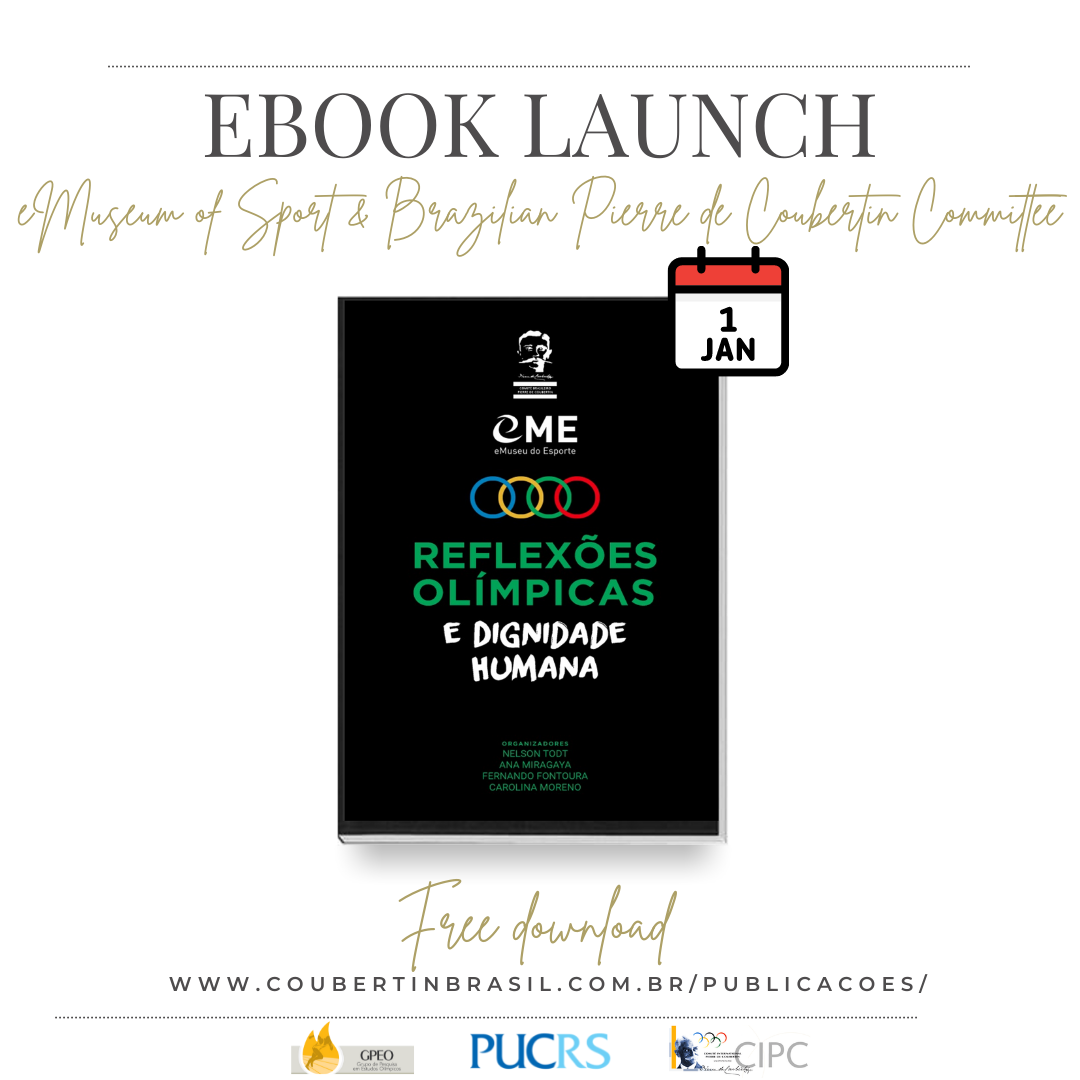 The objective of this project was to provide current topics that are internationally relevant in the fields of humanity, social condition, sport and the Olympic Movement. The project “Olympic Reflections and Human Dignity” was developed thanks to the collaboration of 24 experts in Philosophy and Olympic Studies.

This eBook analyses contemporary policies and human relations that encompass all the section of society including the Olympic Movement. It discusses four basic topics: Freedom of Speech, Sport and Values, Refugees, and Intersexuality. 19 texts are divided into four chapters.

The author of the Preface is Lamartine DaCosta (BRA), honorary member of the IPCC. The editorial work was carried out by Nelson Todt (BRA) with the participation of two fellow colleagues also members of the International Pierre de Coubertin Committee: Daniel de la Cueva (ARG) and Hilla Davidov (ISR).