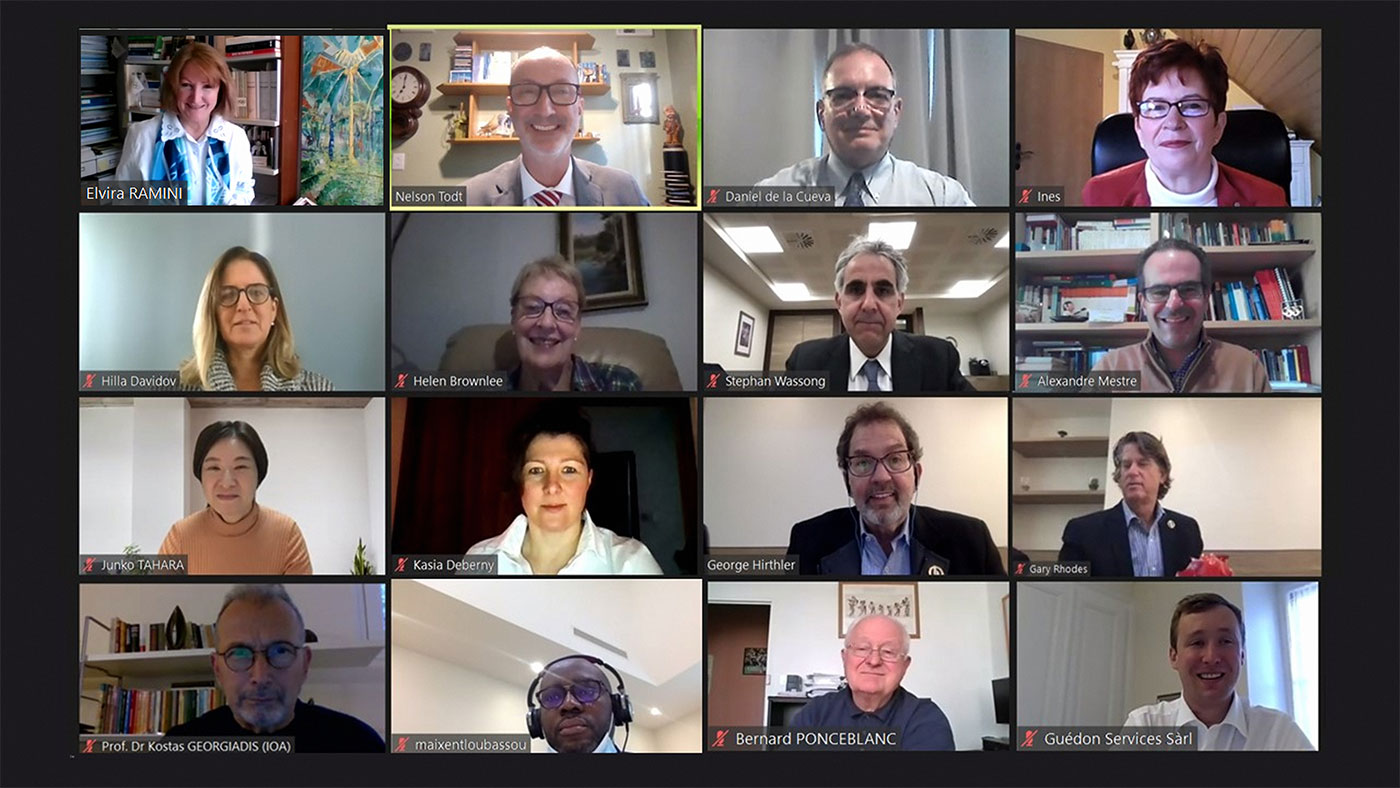 The General Assembly of the International Pierre de Coubertin Committee (IPCC) took place on 29 and 30 January 2022 and was held in a hybrid form, in presence and by ZOOM. 12 members attended the Assembly in presence in Lausanne and all other members online. Members from all five continents participated despite time differences. It was an electoral assembly revising the achievements made in the previous quadrennial 2018-2021 and projecting new goals for the period 2022-2025.

The elections took place on Sunday 30 January 2022. President Stephan WASSONG was re-elected as well as most members of the IPCC Board. Please find the list of IPCC Board members for the period 2022-2025 as well as the photo from the meeting online: