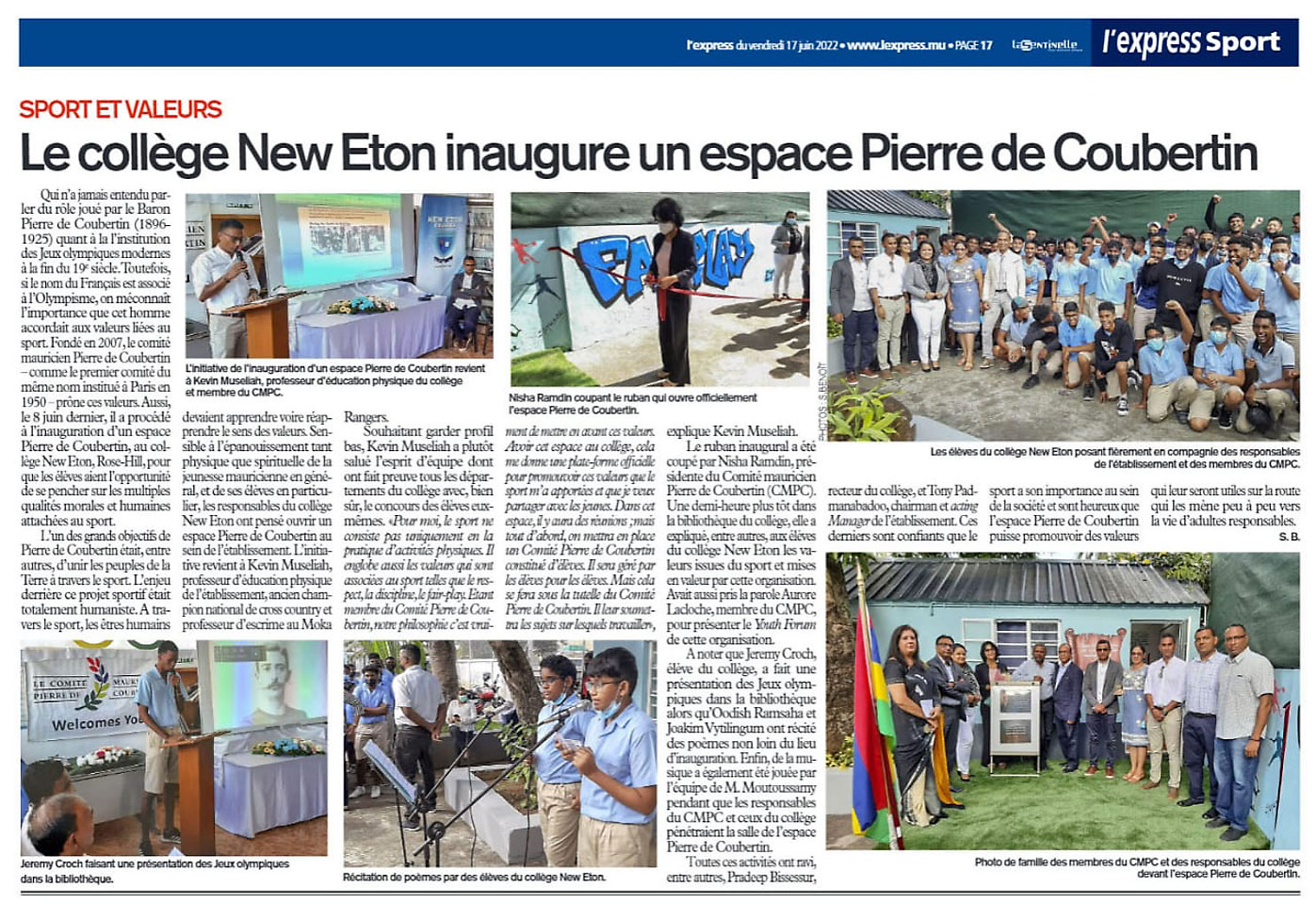 A cultural programme that followed was enriched by having two students recite Coubertin’s Ode to Sport. Nisha Ramdin also inaugurated an exhibition on the life and work of Coubertin in the presence of the Rector of the school, Mr. Pradeep Bissessur and Tony Padmanabadoo, chairman of the board and acting Manager of the school. This event was covered by the local press.