25th Anniversary of the establishment of Pierre de Coubertin schools

We are happy to inform you that our 13th International Pierre de Coubertin Youth Forum took place with success in the Olympic city of Munich from 1 to 7 November 2022. The topic of the Forum was: “Olympism encourages youth to strive for international friendship and peace”.

19 Pierre de Coubertin schools with more than 60 students participated actively in the main four categories of activities:  lecture on Pierre de Coubertin and Olympism followed by an Olympic knowledge test, daily sports activities and competitions, arts workshops and performance, discussion sessions on Olympic values and report on community service carried out by students during the school year.  The Youth Forum ended with the presentation of a diploma and a medal for the Pierre de Coubertin Award.

13th International Pierre de Coubertin Youth Forum was crowned by the visit of the Olympic Park in Munich and a race at the Olympic stadium.

Our project of Pierre de Coubertin schools and Youth Forums was established in 1997. This year we are celebrating its 25th anniversary and gladly look back with satisfaction on the extraordinary development and its valuable contribution to the schools that have joined the project.

We thank Dr. Ines Nikolaus, CIPC Vice-President and delegate for the international network of Pierre de Coubertin schools who tirelessly worked on the preparation of this Forum in the difficult context of COVID-19 restrictions and testing protocols. We thank the members of the German Pierre de Coubertin Committee for their assistance and help in the preparation and development of the Forum. We especially thank and congratulate the teachers of each Pierre de Coubertin school who are also volunteers in this project. The celebration of the CIPC Youth Forums would not be possible without their motivation and enthusiasm. 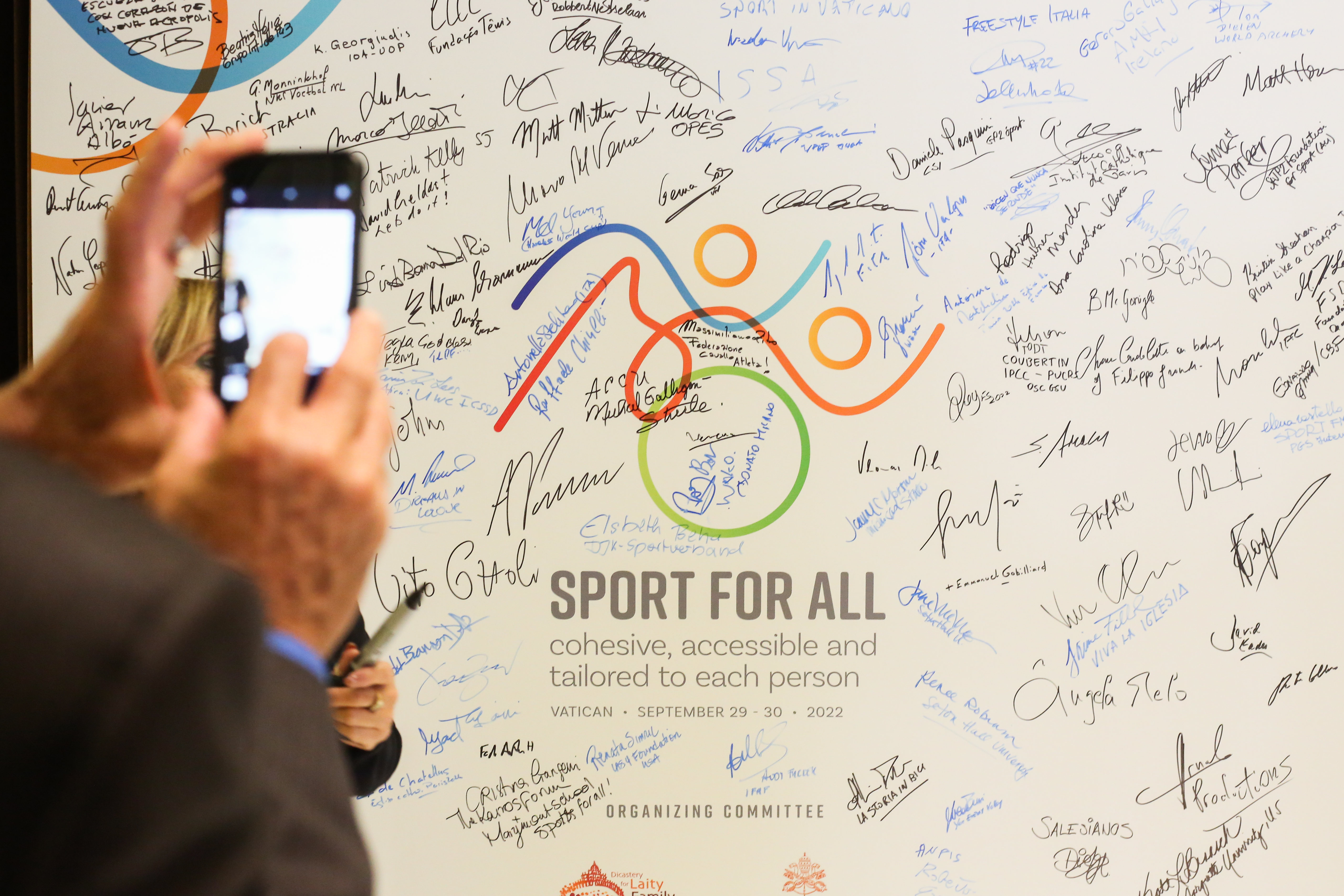 International Summit organized by the Vatican