CONVERSATION ON EDUCATIONAL INNOVATION: INTERSEXUALITY AND TRANSSEXUALITY IN OLYMPIC SPORT 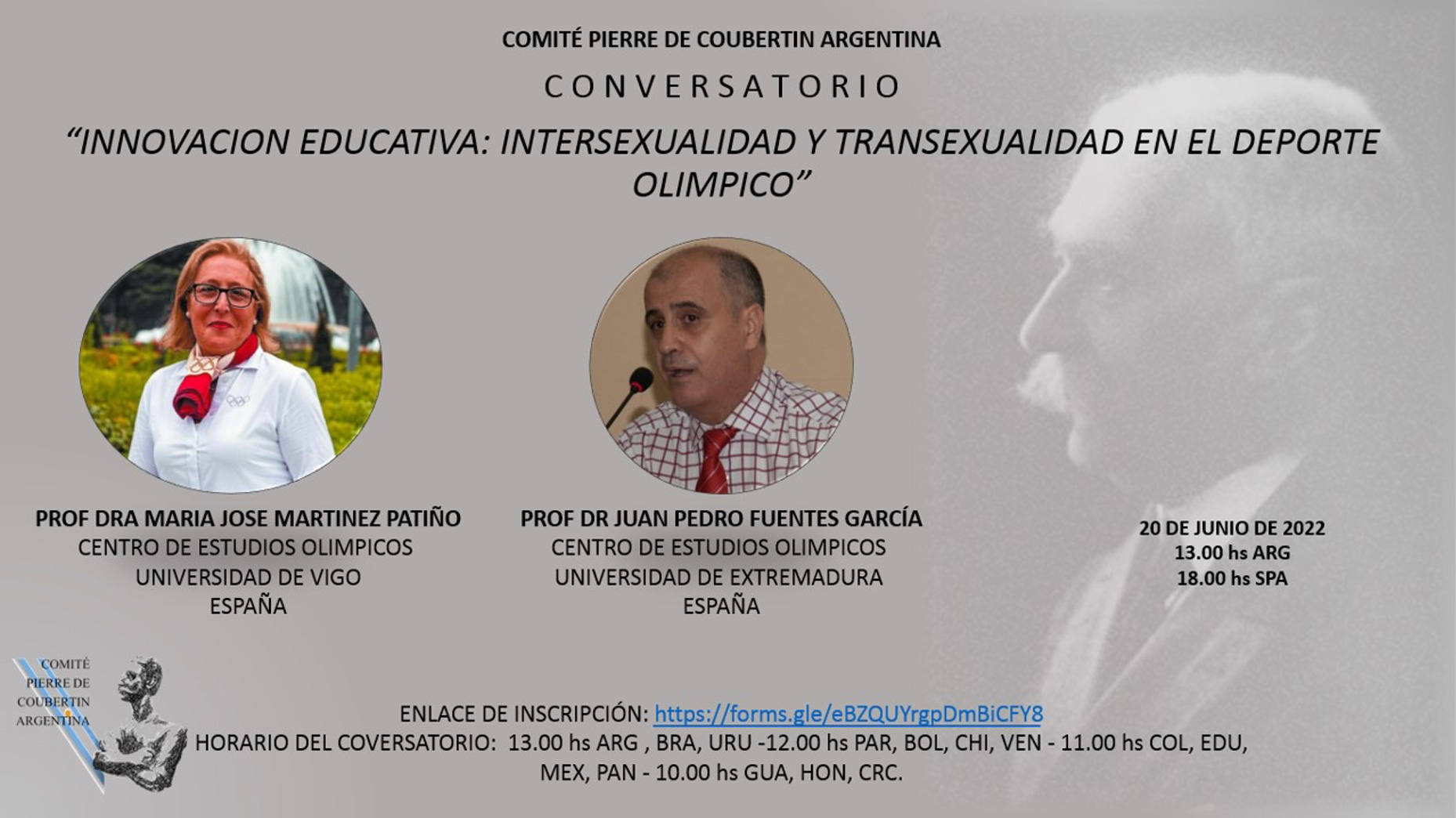 Extraordinary guest speakers led the conference on intersexuality and transsexuality in Olympic sport, Prof. Dr. María José Martínez Patiño and Prof. Dr. Juan Pedro Fuentes García from the Centre of Olympic Studies in Vigo and in Extremadura (Spain) respectfully.
This online conference was attended by more than 97 participants from most Latin American Countries and some Europen and African as well.

The IPCC thanks the Pierre de Coubertin Committee Argentina for initiating the Olympic week with such an important topic. Under the leadership of Daniel de la Cueva, President of the Pierre de Coubertin Committee Argentina, the Vice-President Jorge Guillermo Cattaneo, the Secretary Mrs Cecilia Bollada, Prof. Dante Parra, Agostina Fernández, Alejandra Brizic and Andrea Susana Zabala, the conference inspired the attendees to ask a great number of questions owing to the present surge of the topic and the recent decisions made by the sporting authorities in this regard.
More celebrations of the Olympic week will be organized by Latin American national Pierre de Coubertin committees.