THE COUBERTINIAN LEGACY OF NORBERT MÜLLER 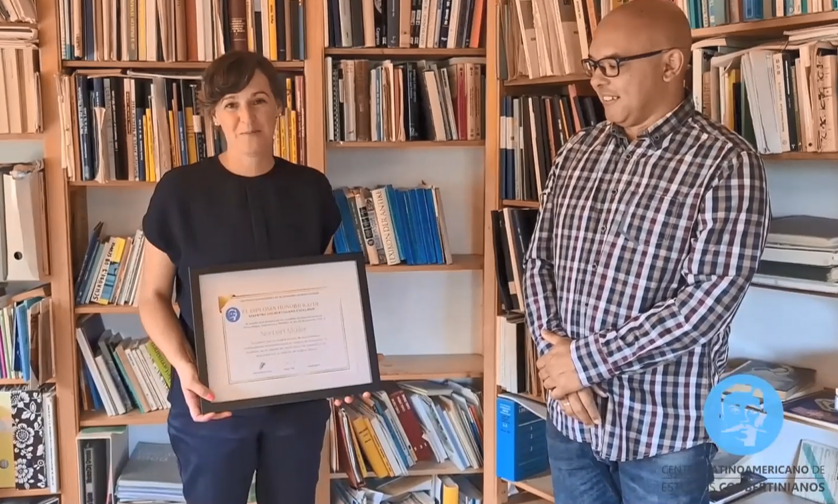 At the opening of the event, Ricardo Pantoja, a member of the Centro, presented the title awarded to Norbert: “MAESTRO COUBERTINIANO EXCELSIOR” to Teresa Müller, Norbert’s daughter.

This event presented a collection of testimonies, comments and reflections on the effects of Norbert’s academic undertakings, his publications, his life as a Master in Coubertinian studies, his participation in different sports organizations, his influence in studies and promotion of the legacy of Pierre de Coubertin.