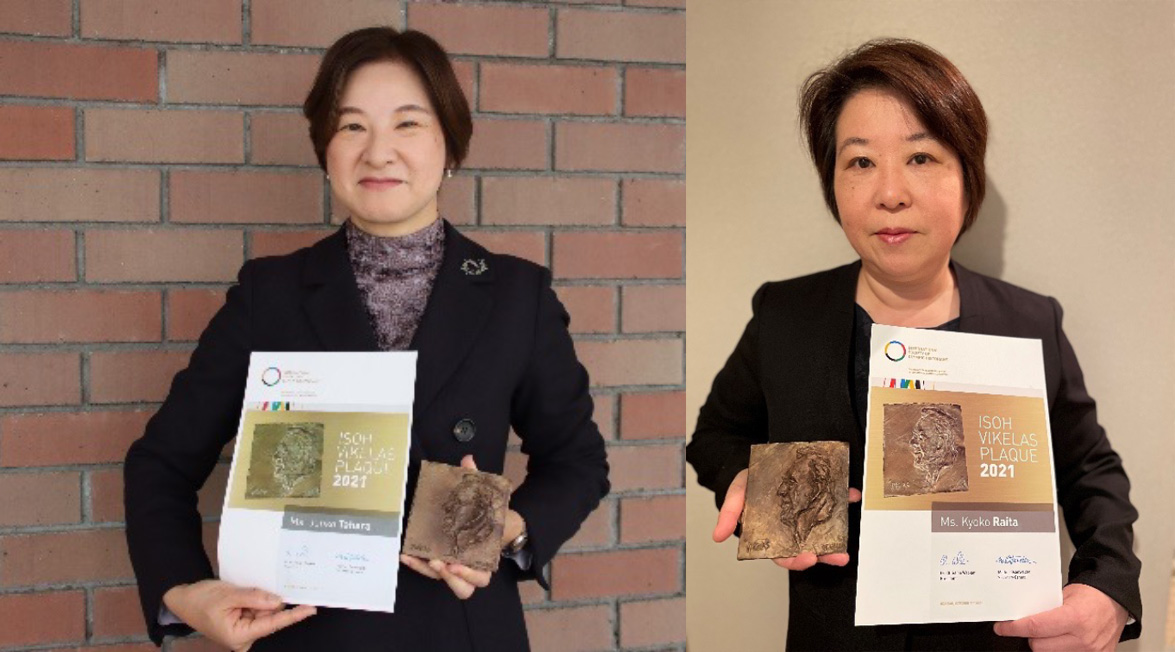 At the celebration of the 30thAnniversary of the International Society of Olympic Historians (ISOH), its President, Prof. Christian WACKER, announced that the Vikelas Plaque had been awarded to Prof. Junko TAHARA, IPCC Vice-President and Prof. Kyoko RAITA, both members of the Japanese Pierre de Coubertin Committee, for their exceptional engagement and dedication of many years on the history of the Olympic Movement. This award is given as part of their commitment to develop interest in the history of the Olympic Games and the Olympic Movement.

Both awardees thanked the ISOH for this honor from their homes in Tokyo and Nagoya.

The prize is named after Dmitrios VIKELAS, the first president of the International Olympic Committee at the time of the 1896 Olympic Games in Athens and is designed by the sculptor Karlheinz OSWALD.