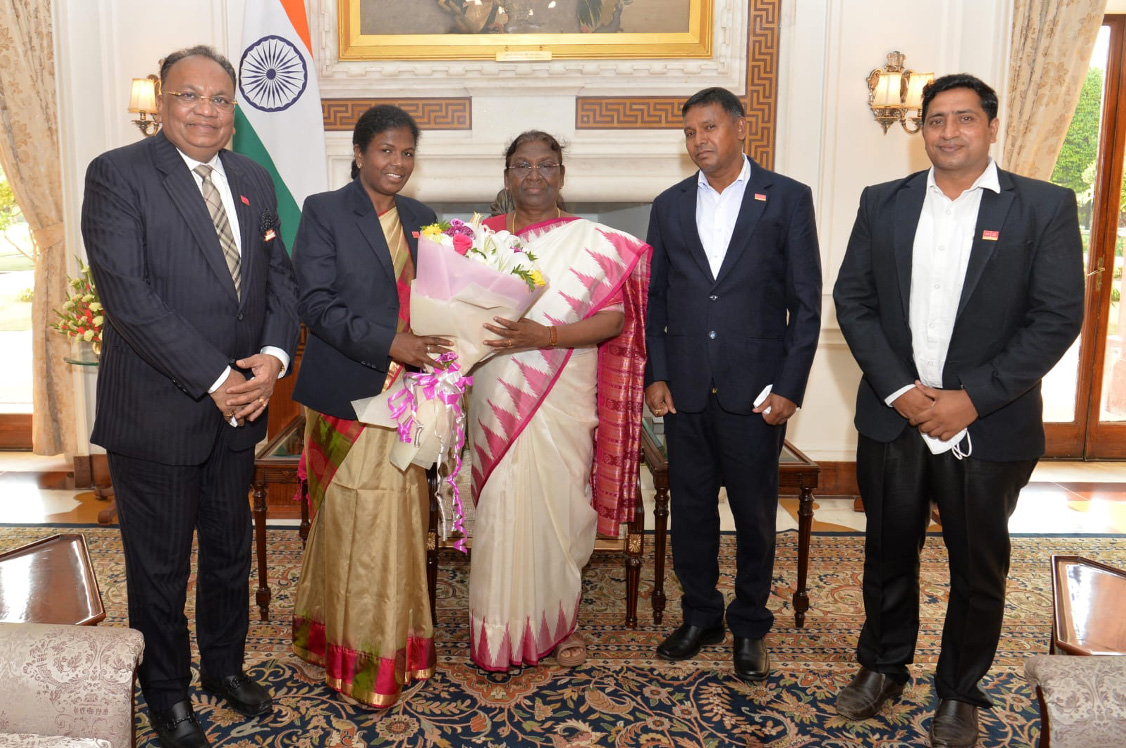 The Indian Pierre de Coubertin Association delegation paid a courtesy visit to the President of India, Her Excellency Mrs. Droupadi Murmu to congratulate her upon her recent election. The delegation presented a Memento publication on their achievements since 2018 when they were recognized by the International Pierre de Coubertin Committee and their Quadrennial Plan of Action. They also presented their publication on the Sumrai Tete, legendary Indian hockey player and role model athlete in India.